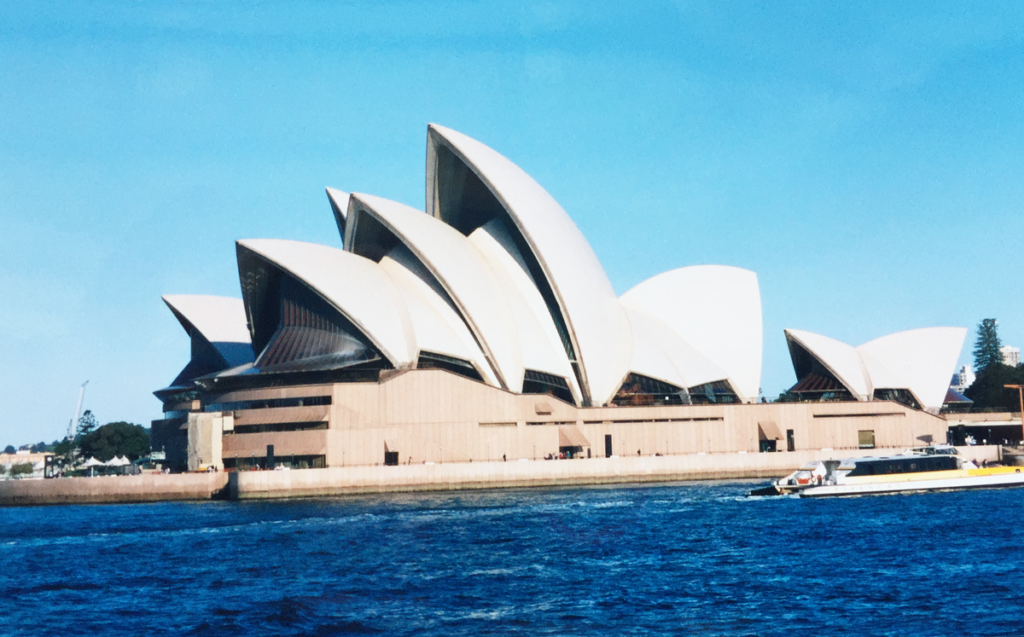 In a town as isolated as Broken Hill, the idea of ‘community’ takes on added meaning. With the isolation comes a feeling of ‘us’ and ‘them,’ there are those who are from here, everyone else is ‘from away.’

Is it possible to feel a sense of community with a group of women, most of whom I will never speak to, nor even meet?

It is four years since about two hundred other women and myself were each given a small wooden box and instructions to transform the box in any way we so desired. I have never been to Finland, Cuba or Japan. I do not know what these people look like, I know nothing of their history, however in the creation of their boxes something personal has been revealed, something intimate has been shared.

To others this may seem a very tenuous connection on which to base a sense of community, however to me it is powerfully real.

Ironically, rather than dealing with ‘the individual’, Western society tends to place us in particular categories (little boxes) and more specifically opposing polarities in order to deal with us more easily, more quickly, less personally. This easy stereotyping is even more prevalent in regard to the position of women: Madonna/Whore, Mother/Worker, Young/Old, Beautiful/Ugly, Nature/Culture. This box contains references to the stereotyping that we as women experience and the title, We are This and That and Everything in Between, refers to the true individual nature of the female sex. 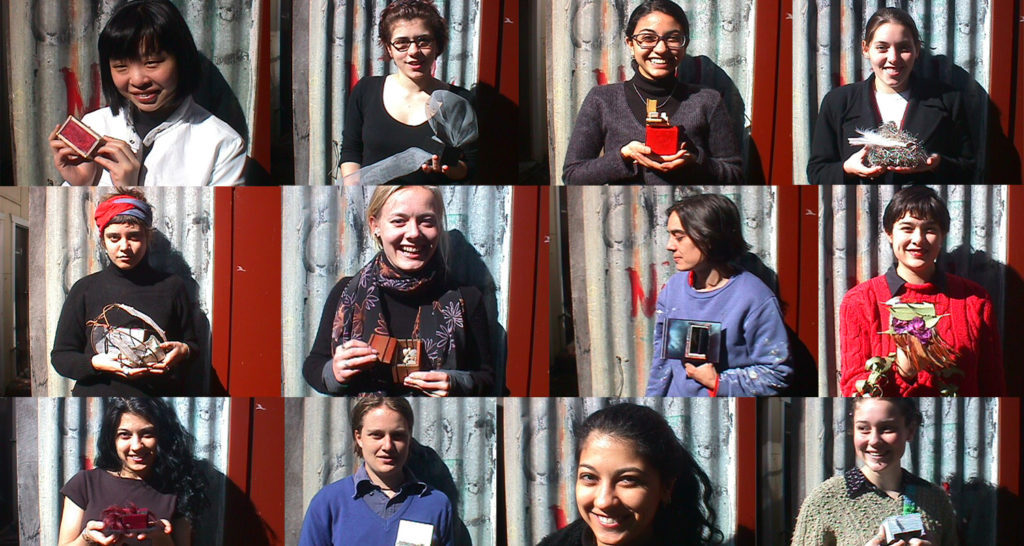 As part of the expansive opportunities that WBB ignites, the 12 University of Sydney artists have joined to form the Wbb PROJECT. The Wbb PROJECT is an exciting supplement to the Australian tour of Women Beyond Borders, with the generous support of the Tin Sheds Gallery, the University of Sydney Union Cultural Grant Scheme and FASOC, they have been able to develop a working relationship with WBB and become part of an international women’s art event. The aims of the Wbb PROJECT are to recreate the sense of community and dialogue that WBB has illuminated since its first exhibition, this time on a local level.

The Wbb PROJECT is structured as a mini-curatorial endeavor, an exhibition within an exhibition, running for approximately six weeks. An artist’s space at the Tin Sheds studios was established with weekly meetings of creative production and dialogue.

During its run, the Wbb PROJECT produced an art catalog, a series of t-shirts, and a website, all in service of expanding the voices of women in their community. The ambitions, talents, and support of everyone involved have been a true inspiration, giving all who come in contact with this extraordinary exhibition the motivation to keep extending the borders until they finally disappear.

On my 7th birthday my mother gave me a box. A magical, mystical box. The kind that captures a child’s imagination. Inside, was a ballerina wearing a red tutu. She danced to an indiscriminate song and as she twirled, dreams, blanketing consciousness, soothed the child to sleep.

I filled the box over the years with my most precious possessions. A blue and white beaded necklace, sent from Iran by my Grandmother. A pebble, which, once held in my hand made me invincible. My first watch. A gold ring. A rose. It became for me a private house– a secret site of childhood fantasy and pleasure. Since then I’ve collected numerous other “boxes”: a tool box, a letter box, an artist’s box….all carrying something of the past and the present. Containers of memories which fuse together to define who I am, or who I attempt to be.

Twelve years later, on my sister’s 7th birthday I gave her my magic box, enchanted with secret dreams of yesteryear, to share with her not only my object fetish but also, to inspire her own imagination. The box became a sacred rite, a passage of symbolic connection between two sisters– two women.

We all create or are given “boxes”, real or metaphorical. These boxes are endowed with an alluring mystery– a whispered game of desires, ambitions, fears. Yet, they are at the same time, an ambivalent object which define boundaries. A closed space, a private space, a space which can expand your mind, or suffocate your soul.

Investigating the “boundary” is at the heart of Women Beyond Borders.

The box can be understood in all languages and points of reference. It is a thing which stands as a representative of a common link– that we as women, as living beings need to speak of the whole of our experience: the hostility, the sadness as well as the joys and triumphs.

The WBB exhibition brings that reality to fruition both in its boxes and through its travels.

The opportunities this exhibition has offered throughout its five year existence, whilst acting as an agent for the ideas and feelings of women, has encouraged and inspired creativity and above all communication. Communication both cross-culturally and trans-globally. In Russia the boxes traveled on a train from Graz to St. Petersburg, a moving sculpture, which literally crossed eight borders. The event was filmed and aired live via the Internet at the Austrian and American WBB exhibition venues. In Kenya, WBB acted as catalyst for further women’s art exhibitions. In Nepal a doctor carried the boxes into remote villages where they were shown to local women, as a means of raising awareness of health issues. There have been numerous workshops, and supplementary web sites, designed to showcase artists who utilize digital media and to promote education in digital arts for women.

Change develops out of knowledge. Making visible the spectrum of experiences, both on a personal and global scale is the power and appeal of WBB. Whatever the individual boxes speak of, whether it be personal stories, political issues, or formal concepts, it is in the space of the exhibition that the communication and debate comes alive; and via this spark moves beyond the walls and into the world. Private spaces made public.

Like my magical, mystical box, the Women Beyond Borders project gestures a place for the imagination. As a meeting of strangers and friends across seas, cultures, and languages, the exhibition becomes a universal sign of community; the passing on of ourselves through the gift of a box.