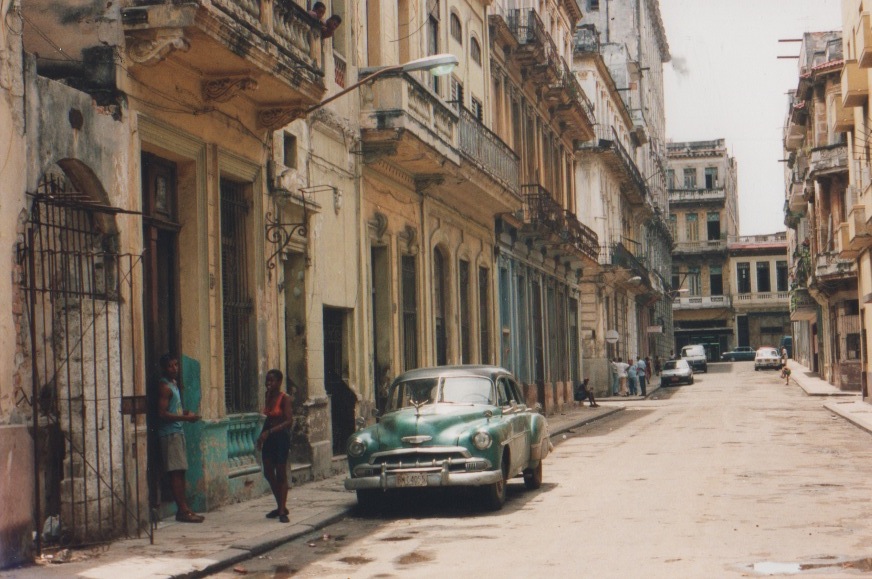 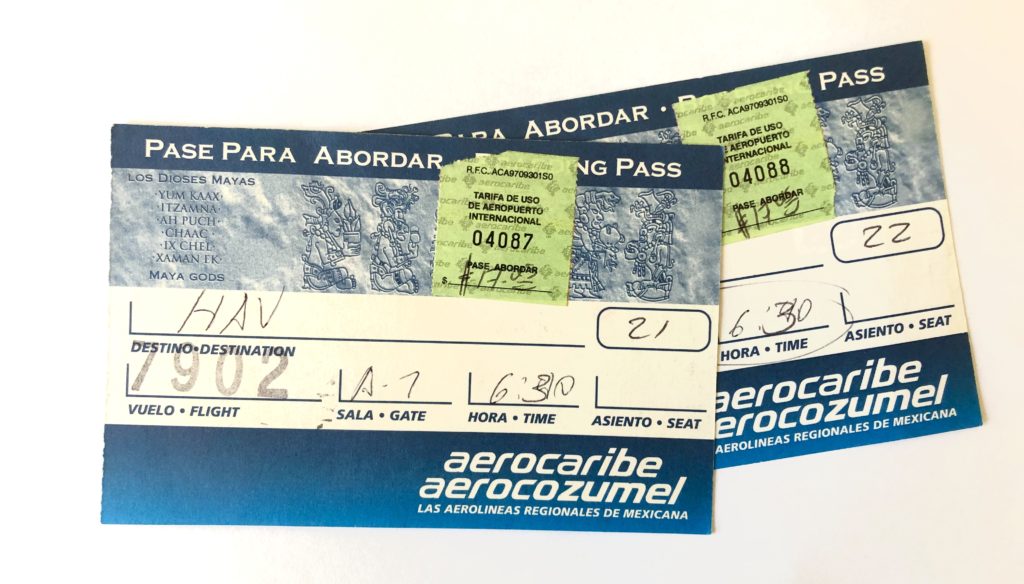 Summer brought with it to Havana a breathless cultural activity. Opening August 7, 1998, at the Centro Wilfredo Lam was the Women Beyond Borders Exhibition, of special relevance in our aesthetic environment and of great resonance at an international level. If my memory serves me, I believe that this is the second cultural exchange between our institution and the United States; the first took place when we received an exhibition by North American artists titled Contra el bloqueo . (Against the Blockade)

Women beyond borders is a project that exceeds its own expectations. It is a common aspiration that extends beyond its own borders and stimulates enriching interchange. It not only gathers artwork from different parts of the planet but also guarantees indestructible ties of human emotion and respect. It is an infinite dream that stimulates commitment to future proposals in an act of praiseworthy tribute.

On this occasion the WBB project is much more a reconciliation centered on the conflicts, needs, aspirations, repercussions, etc., of feminine activity in our environment. The project’s intent not only puts the woman artist at the forefront but also offers these artists a freedom of choice as they approach different types of art–such as photography, painting, sculpture, printmaking, and why not installation in miniature–starting with a small pattern: a diminutive wood box, which reactivated the ingenuity and talent of all the artists who participated in this magnificent exhibition.

The diversity of Cuban art today is encouraging, so that the Cuban artists shown here demonstrate only some of the thematic directions or artistic paradigms. They are striking to us for their spirit of renewal and their ability to create works with the intention of explaining and implying a series of truths that constitute the active element of their work.

In Cuba we have had relevant figures among women artists not only in the visual arts but also in literature. Some examples should be mentioned: Amelia Pelaez was able to masterfully integrate the lessons of the European avant-garde, to give to posterity magnificent canvases of Havana interiors, showing all the richness and splendor of our colonial architecture. Antonia Eiriz produces violently expressionist work, possessed of a profound and passionate force, reflecting the drama of the moment. Equally celebrated are the vindicating texts on the liberties of women, the texts of Gertudis Gómez de Avellaneda and the significant contributions of Vicentina Antuna, Camila Henriquez Urena, and Lydia Cabrera to Latin American letters.

Able inheritors of a tradition, Cuban women artists have known how to channel their symbolic poetics in the issues that mark our tremulous times. The Brito sisters, despite their family relationship and its associated obligations, maintain autonomy in their work.

Yamilys Brito is a tireless printmaker, who in spite of her youth must be mentioned for her contribution to contemporary printmaking. Her personal chronicle or diary captures the enchantments and the tastelessness of her city. Some significant titles are: Callejón sin salida (Cul-de-sac), Via Crucis, Al Final de la Calle (At the End of the Street), among others.

Jacqueline Brito, with her evocative painting, feels a special nostalgia for her surroundings through a stratified process of personalization and a complex cartographic system that revolves around the fabled real or recreated fiction. Life is like theater, and in this piece we adopt different postures all the time, our manner of behaving varies, adjusting itself constantly to our interlocutor, the moment, the place, even the climatic conditions can affect our reactions. The segmentation of her paintings helps us to focus on certain aspects that interest her, and in this way her work has to do with narrated stories, books read, or personal experiences.

Sandra Ceballos. All the garments used in hospitals serve her as a pretext for expressing the chaotic world in which one finds the human being in urgent need of help. She always maintains a feminist stance, a vanguard stance that criticizes and erodes masculine virility in a socialist society like ours. Her work is shocking, aggressive, without affectation, of a moving purity. Paralleling her work as an artist, she directed an alternative gallery known as Espacio Aglutinador, which carries out excellent curatorial projects with Cuban and foreign artists.

Zaida del Río. Her work takes us to another narrative dimension, which allows us to make a fantastic voyage where elements of her personal life constantly mingle with African myths and rural legends. In many cases she herself is the protagonist; thus we see the figure of Yemaya, crowned with a bird’s head, reappearing like the trick of a ghost that guides us in its passage. She belongs to the first generation of artists graduated from the Instituto Superior de Arte. Endowed with excellent drawing skills, she also works in ceramics, painting, and photography. The artist has noted that for her any theme can provoke a storm of emotions.

Aimée García. Starting from a variety of allegories she relates her poetic artistry to the feminine condition and its sensibility. She recovers the image of woman over different periods in the history of art and religion. With irony she parodies the traditional canons of feminine beauty, subordinated to affectations of pose and display. Her works compete with conventional art forms, and they receive ornament and handwork as the stigmatizing sign of the female sex.

Rocío García. Her work is a constant play with quotation and parody, in many cases referring to Greco-Roman culture, thereby establishing timely parables about sexuality that have parallels in today’s society, she tries to bring to light the human side of amorous relations between people of the same sex, with reference to the polarity created between acceptance and repression by others.

Minerva López is a self-taught artist, gifted with a special sensibility. In her painted fables she recreates myths, recollections that she has preserved since childhood, based fundamentally on rural life. She has also borrowed African religious themes, which have earned her prizes in the Biennial Arte Bantu organized by the Bantu International Center of Civilization in Zaire.

Jacqueline Maggi remains at the edge of all the tendencies or groups favored by critics. Nevertheless, her work is always represented in shows and competitions. She has a special talent for recycling found objects and for experimentation. Not long ago, she remarked to me that she was keeping a piece of ebony in water to do an installation with umbrellas, etc. She amazes visiting friends who nonetheless trust her creative capacity to revitalize objects made of an old wooden board eaten away by time.

Elsa Mora. Her work possesses great visual subtlety, resulting from a profound personal experience, which amplifies or intensifies our sensory perception in order to free recollections associated with different places and moments in time. The different textural effects in her works are a continual provocation to penetrate them, to leave our own traces imprinted, as a record of our lives, as vestiges of our existence and our passage, converting us in this way into recipients of her singular interior richness and into witnesses-accomplices of her spiritual ecstasy, of her supreme clairvoyance.

Grisell Morales recreates the entire domestic world of tasks that are exclusively those of women, like embroidery, tailoring and sewing, knitting, etc., taught and transmitted over generations in the old schools of homemaking. Grisell tries to preserve this familiar memory of the past with great tenderness and respect. Thus in her installations she incorporates different objects (embroidery hoops, pins, sewing patterns, industrial fabrics, etc.) once used by our grandmothers and our mothers.

Cirenaica Moreira photographic montages are permeated by theatrical gesture, honoring her true profession: acting. Cirenaica is an artist given to excess when it comes to taking on daring projects. Recently, she completed a film that she ventured to make with her photographer-husband Carlos Alom. Her work takes us to the world of affective memory, be it individual or collective. She creates strongly charged, poetic pieces with an aesthetic impulse that springs directly from the unconscious.

Marta María Pérez maintains the anthropocentric character of her work, working from her own body. In her formulations she includes the entire conceptual structure of myths, the taboos and rituals rooted in popular beliefs. One feels in her work a metaphoric reclamation of woman’s role, of her possibilities and her existential problems.

Sandra Ramos’ theme of migrations has been an obsessive constant in her work. She alludes to the ocean voyage, to the risks accrued by frustrated desires, to the rupture of personal emotional ties, with all the repercussions and trauma that an act of this avant-garde breadth can provoke in our psyche. Sandra is, in many instances, the protagonist of her installations; she incorporates in them suitcases filled with memories and hopes. In a metaphorical way, her proposals claim the attention of all of us in one form or another suffer the effects of crisis.

Lidzie Alviza starts from the premise of “art-life!” Her work and her personal-experiential memory strongly overlap. She tries to reconstruct episodes from the past, gathering all kinds of familiar objects: embroidered handkerchiefs, lace work deteriorated with age, negatives, photographs, etc., in work that formerly favored the use of ingenious metaphors. The birth of her daughter Alicia has deeply affected her artwork, and Lidzie includes her in some of the works. The artist thinks of herself as a “reliquary” holding all of those intimate objects. She wears a strong mask in order to unveil these memories.

Belkis Ayón, who belongs to the generation of the 1990’s, makes large-format prints that refer to the religious rites of the Secret Society ABUKUA, a sect for men. The artist’s greatest merit lies in her ability to adopt the mythic force of ethical and philosophical belief system in order to penetrate and manipulate iconography. She does this through meticulous prior study in which she de sanctifies the myth and incorporates it into the world of her own experience, in a discourse based on the symbolic.