The Myth of the Spider

For years now, being taught by the spider, I weave webs.  Small ones and large ones using all kinds of materials.  To me it is an infinite source of spiritual codes. I chose the ancient myth of Goddess Athena and the Spider. From the little box arises what has been marking us for centuries, the challenge of becoming Gods.

Two women comprise the myth…Goddess Athena, holder of wisdom, protectress and teacher of the weaving art and the Spider, mortal, outstanding weaver, daughter of Idmon the colorist, mother of Clostiras. Spider challenges Athena to a weaving contest. She creates a beautiful, flawless tapestry. This image insinuates the desire of mortals to reach the divine qualities of the gods to desire to live up to their level.

Athena infuriated by this, punishes the spider sentencing her to live from then on and forever hanging from a thread, transformed into an insect. Being an insect now, the spider weaves its beautiful webs till this day, still creating. 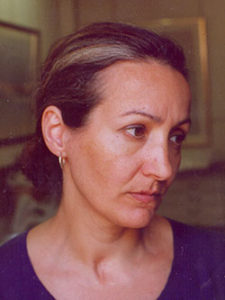