A Brief Scope of Women Beyond Borders 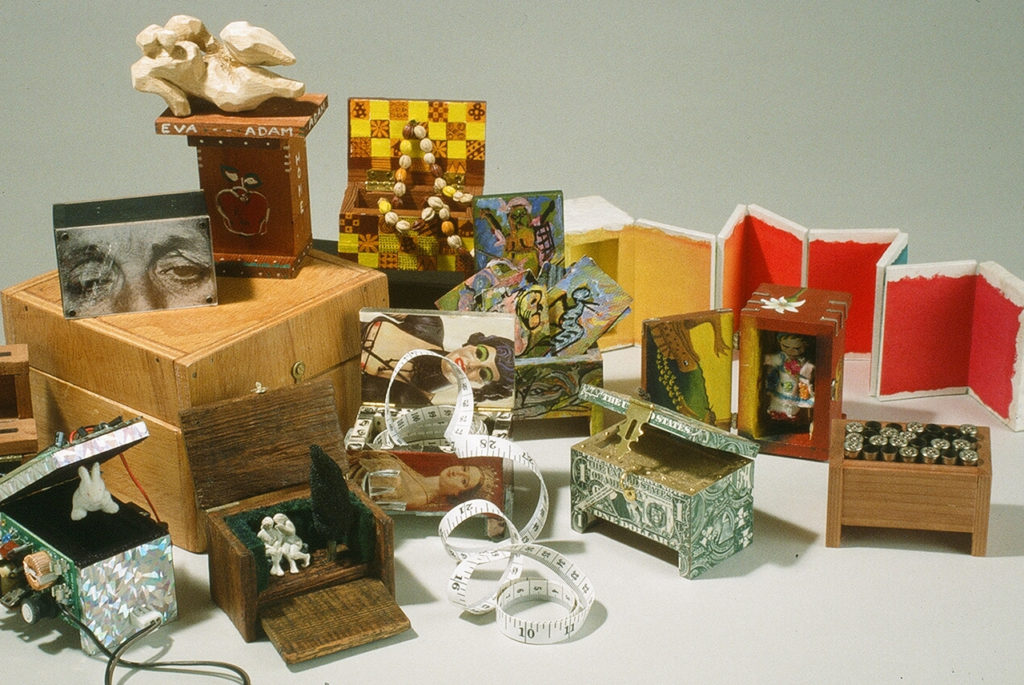 In the world, there has been nothing like Women Beyond Borders before.

The endeavor that was founded in 1991 by Lorraine Serena and a few artist friends has expanded well beyond it’s humble beginnings as a simple art project with the objective of honoring and connecting women and now reaches across the globe, fostering creative expression and inspiring others in it’s wake. Adjunct projects have cropped up the world over, expanding the scope of the project to many more groups: homeless women, girl scouts, men and boys, nomadic women, entire school districts, widows of the genocide in Rwanda, thousands of children with disabilities via VSArts, DC. and a project involving at risk girls and women in Vietnam. Though the offshoot projects are all unique, the original concepts are championed as a collective movement rather than a series of individual projects.

Over the years, WBB has been acknowledged by anthropologists, theorists, art
historians, curators, dignitaries, sociologists, artists, poets, and many more.

– Senator Hannah-Beth Jackson recognized Women Beyond Borders and Lorraine Serena for nearly three decades of the celebration of women worldwide by fostering a greater understanding of their lives and cultures by honoring and documenting women’s voices and visions, and inspiring creative expression. 2019

– WBB Artistic Director, Lorraine Serena, was awarded the Women’s eNews International Leadership Award as one of the Leaders of the 21st Century for building peace and connections around the world. 2008

– WBB was acknowledged by the US President’s Committee on Arts and Humanities for the size, scope and impact of the endeavor. 2007

– WBB received the Isabella Bird Award, Women of Vision, for its creative approach to building community among women worldwide and for the book Women Beyond Borders, The Art of Building Community. 2005

– Salt Lake City Magazine deemed WBB one of the top five events of the Cultural Olympiad along with Chihuly and the Pilobolus Dance Theater. 2002

– WBB has increased attendance up to 40% at museums and galleries that it exhibited at and has been an important attraction for fundraising.

– WBB is the first endeavor of its kind in the arts to build community via a worldwide collaboration among women artists.

– WBB crosses over and connects to many disciplines such as sociology, women’s studies, art history, anthropology, psychology, art education, and more

– One of the numerous notable offshoots of WBB: Organizers of the WBB train exhibition were inspired by WBB to collaborate on Danube Streaming, an investigative journey that navigated the Danube river from Vienna to the Black Sea, connecting artists, while addressing ecologic, economic and political issues along the way. 2007

– Since the blockade, WBB was Cuba’s second cultural exchange between the US and the Wifredo Lam Center, Havana. 2000

– After having exhibited the WBB collection, the Contemporary Museum of Oaxaca began for the first time to collect women’s art. 1998

– WBB was the first exhibition of women’s art at the National Museum of Kenya. Shortly thereafter, the museum launched the its first exhibition to featuring women artists from Kenya and Uganda. 1997

– WBB Boxes on the Train exhibition was the first of its kind to unite women traveling from Graz, Austria through recently opened borders to St. Petersburg, Russia. 1996