WOMEN BEYOND BORDERS AND THE RUBICON

Inspired by Lorraine Serena and the Creators of Women Beyond Borders.

The Rubicon’s Producing Artistic Director, Karyl Lynn Burns, first became aware of Women Beyond Borders in the late ‘90s, when she heard Lorraine Serena speak at a public event in Santa Barbara. Burns recalled, “I had never heard anyone speak so powerfully about the positive impact of art on building community.”

“I later wished I had recorded Lorraine’s comments as I have wanted to go back and listen with relish to every word over and over again. It was a transformative experience for me. Lorraine’s influence made me want to do more as an artist. It was much of the reason I wanted to become an arts administrator – I wanted to facilitate the kinds of conversations that happen when a idea resonates with an individual or a community.”

“After later seeing an exhibit and reading the artist’s statements,” said Burns, “I knew as a theatre practitioner that those statements should be given a voice onstage.”

“We have talked off and on over the years about the possibility,” continued Burns. “Our board felt that now was a perfect moment to share these stories. We are extremely grateful to the Women Beyond Borders’ leaders and board for being responsive to the idea and allowing us to begin what we know will be a beautiful journey together.”

Over the course of about 85 minutes, the audience was transported to a forest in Upstate New York, a classroom in Rwanda, a boat fleeing Saigon — so many places and experiences that are deeply personal and yet universal. While the actors performed, images of many of the boxes were projected onto a big screen.

For the Rubicon premiere, company members created a play in which the journey of the WBB project is interwoven with excerpts from many of the artist’s statements. Says Rubicon Artistic Director Karyl Lynn Burns, “We hope the play will provide serious and humorous insights into relationships between grandmothers, mothers and daughters, sisters, and friends; birth and the process of raising children; how women view their bodies; oppression and war; fairy tales, dreams and myths; and even our obsession with shoes.” The actors who expertly performed during the World Premiere were as follows: Meredith Baxter, Zilah Mendoza, Joanne Nguyen, Jennifer Leigh Warren, and Ulka Simone Mohanty.

The production of WOMEN BEYOND BORDERS was helmed by Rubicon Artistic Associate Jenny Sullivan, and written by Claire Bowman, Karyl Lynn Burns, Lauren Patten and Beverly Ward, with additional stories by Stephanie Coltrin and Sandra Tsing Loh. The production included extensive use of video projection to showcase the vast number of boxes included in the project. The multi-media was co-created by Yee Eun Nam and Eunnym Cho, who also credit for scenic design. The international, all-female design team also included Azra King-Abadi as Lighting Designer.

Lorraine and Frank Serena assisted with the talented writing team and dramaturgical assistant Samantha Winters to organize the stories into common themes or threads, to give the show a beginning and an end, and create an arc. Stephanie Coltrin-Beyries has also provided enormous support on the project and added a personal story of her own to the play.

THE ACTORS WHO MADE THIS POSSIBLE

SPECIAL THANKS TO THE RUBICON’S SPONSORS 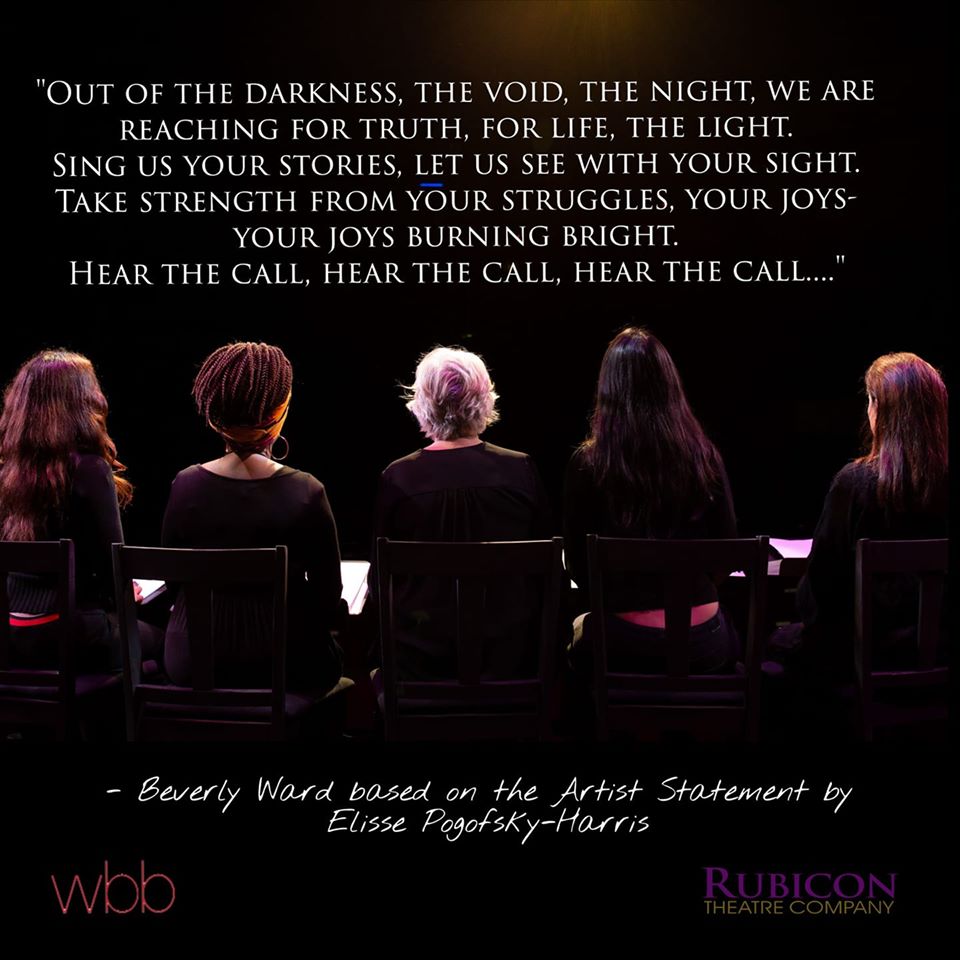